Arsenal will step up their pursuit of Gabriel Jesus after Mikel Arteta made the Manchester City striker his top forward transfer target. The Gunners are close to tying down Eddie Nketiah to a new five-year contract, worth around £100,000-a-week, and are ready to press ahead with a move for Jesus. Representatives for the 25-year-old Brazilian have been in England this week for talks over his future, with Tottenham and Juventus also interested. 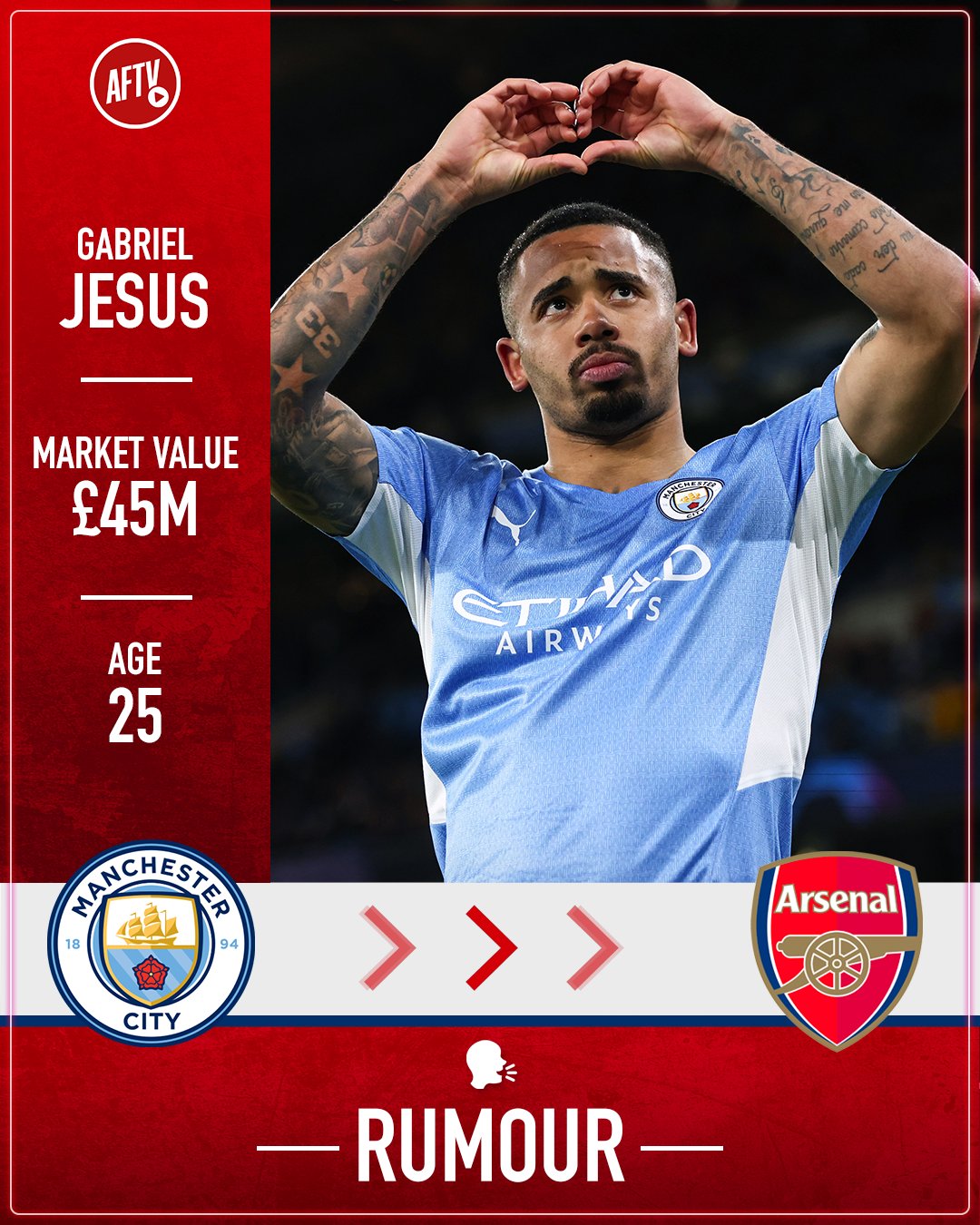 Jesus has just one year left on his contract at City, who are inclined to sell him this summer if he will not agree an extension. Arsenal have been scouting several strikers in a similar mould to Jesus, including Lille’s Jonathan David, but their interest in the Canadian has cooled. Arsenal missed out on qualifying for the Champions League but it is hoped Jesus can still be tempted by the project under Arteta, with whom he worked at City during his time as an assistant to Pep Guardiola.


Gunners technical director Edu will play a key role in pitching Arsenal to Jesus, with the chance for the Brazilian to play as a No9 and be a regular starter a good selling point. Arteta is a fan of Jesus due to his dribbling, finishing and pace, but his work without the ball is a major attraction, too. He is renowned for being one of the best pressers of the ball when not in possession and would suit Arteta’s demands for his forward line.

Not a lot of players have been mentioned in the list of targets that Arsenal have set out to chase in their hunt for a new striker and with Gabriel Jesus being their top option, they could do everything in their power to sign the Brazilian international star. It remains to be seen, however, if the player and the Gunners will be able to strike an agreement in the summer prior to a move to north London.